Conditions were cramped and harsh for the Anzacs, with up to 25,000 men packed into an area of only 6 square kilometres. Initially there was no natural water source so all water – along with food, ammunition and other supplies – arrived on ships and was brought ashore with great difficulty. Poor food, water shortages and exhaustion reduced the men’s resistance to disease. 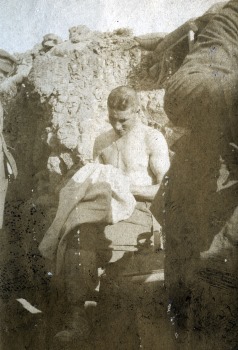 Fresh fruit and vegetables were not always available, so at times troops had to survive on a diet of bully beef, army biscuits and jam. The intense heat meant that many foodstuffs were in poor condition by the time they reached the New Zealand soldiers. ‘We loathed the food, salt bully and bacon, hard biscuits, watery jam and cheese,’ wrote Trooper Kenneth Stevens of the Auckland Mounted Rifles.

The biscuits were four inches (25.8 cm) square and rock hard, often breaking the men’s teeth. Nicknamed ‘rock chewers’, they were sometimes ground into a powder or soaked in water until soft, and added to any other food available. The biscuits also prolonged the taste of home-made jam – a precious gift sent from home.

Though many soldiers complained of a boring diet, consisting mainly of bully beef and biscuits, others did not. Corporal Rikihana Carkeek of the Native Contingent wrote of a ‘good tea of bacon, onion and peas, but only had cold water and hard biscuits for lunch.’ In July 1915, Lieutenant-Colonel Arthur Bauchop wrote in the war diary of the Otago Mounted Rifles that, ‘The rations issued in this campaign have been of the most luxurious sort.... About a month ago there were two issues of ham & eggs! Rum too has been issued on occasion — & lime juice three issues a week.’ The ration his men received on the day that he wrote that entry included figs, rice, jam, milk, bacon, fresh bread, meat and vegetables, as well as bully beef.

Sgt. Joe Gasparich tells us about living with flies.

Cans of preserved salted beef, or bully beef, were a primary source of meat. It was often of poor quality, being salty and stringy. The saltiness added to the men’s already severe thirst. Mountains of crates filled with canned bully beef were stored in Bully Beef Gully, running up from the centre of Anzac Cove. Apparently, some cans of bully beef were once jokingly thrown over to the Turkish trenches. They were said to be returned with a note that said ‘cigarettes yes, bully beef no’.

In such cramped conditions, sanitation was a major problem. Latrines filled up fast, and there was limited space for new ones. Many men were struck down by enteric fever (typhoid), diarrhoea and dysentery. Disease could have been reduced with proper sanitation, boiled water, good hygiene practices and probably more regular fruit and vegetables in the soldiers’ diet. 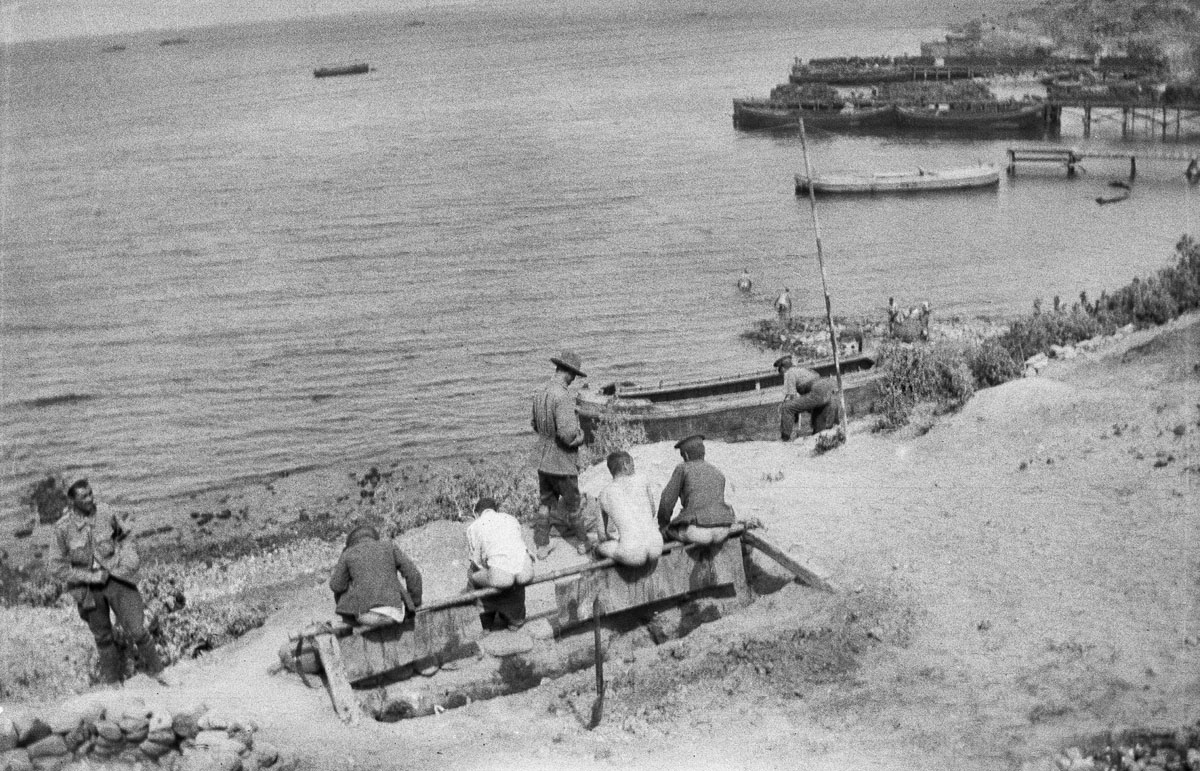 Four unidentified men using a latrine high above the beach at Anzac Cove. Obviously dug to provide the users with the safest, best, and most practicable view, it faces the sea.
Credits

Intense heat, corpses all over no-man’s-land and rotting food and body waste provided the perfect breeding ground for flies and lice, and the diseases they spread. Swarms of flies made the simplest of tasks, like eating a biscuit covered in jam, into a major ordeal. Lieutenant-Colonel William Malone, commander of the Wellington Infantry Battalion, commented that ‘the flies are becoming an awful nuisance. The air is full of them – blowflies and the small housefly. So many unburied bodies around, so many unsanitary latrines and general dirtiness.’

Shows a soldier sitting in a trench examining his shirt. It is likely he is looking for lice, to remove them. Wairarapa Archive 11-72/4-2-30