The horror of the Somme
Around one in seven of the 15,000 New Zealand men who fought on the Somme lost their lives, and many more were wounded.
Credits

With a bloody war of attrition going on at Verdun, the British had decided to try and break that stalemate by attacking German-held territory around the river Somme. They first launched a week-long artillery assault. This, they thought, would weaken German lines enough that waves of troops could then march across no-man’s-land to overrrun them.

On 1 July 1916, the first wave of eleven British and five French divisions were ordered ‘over the top’. The Germans, however, were still strong, and vast numbers of Allied troops were mown down by machine-gun fire. By the end of the day the British had suffered 60,000 casualties.

The British did not give up. Over the following weeks, more troops were sent out, and fell. They gained a few kilometres of territory, but the cost was enormous. 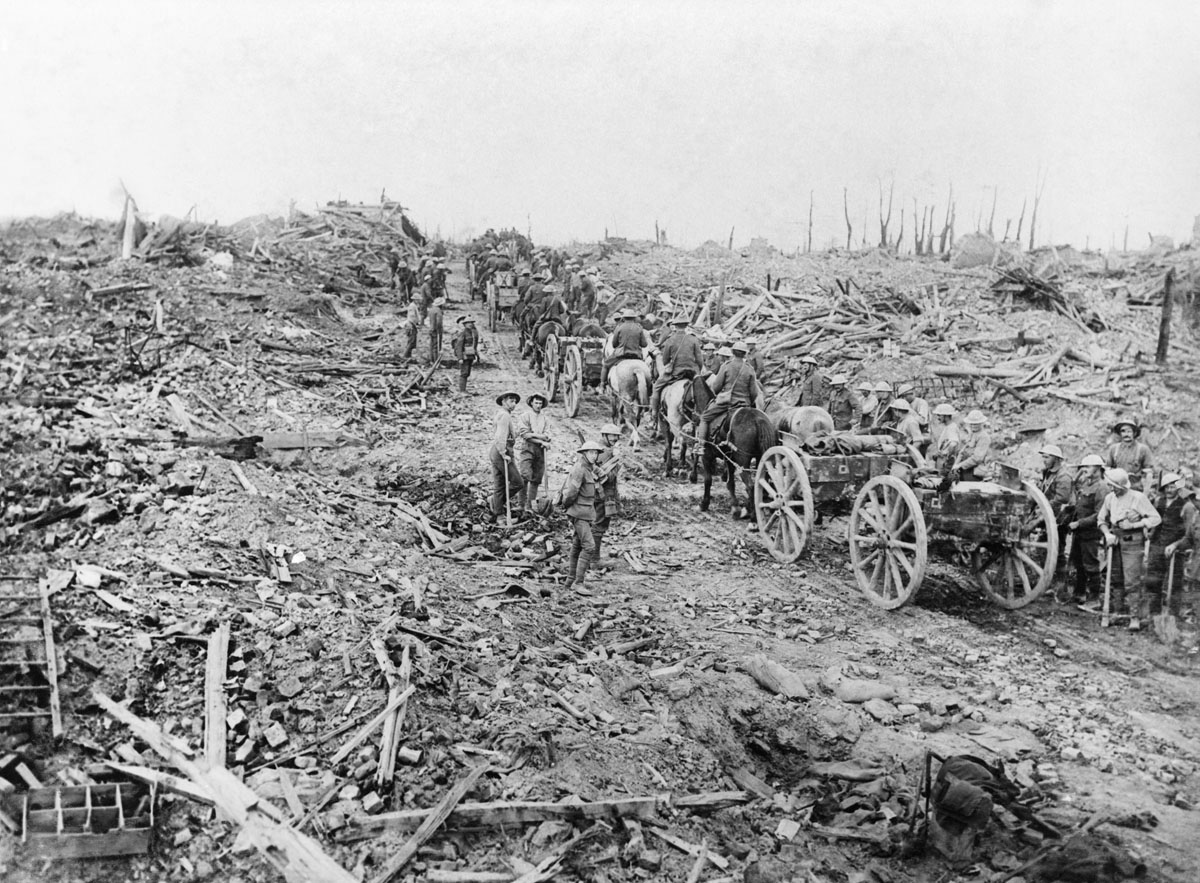 On 15 September, the New Zealand Division’s turn came – near the village of Longueval. This was to be their first major engagement on the Western Front.

Around 6,000 New Zealand soldiers went over the top at 6.20 a.m. By the end of the day they had achieved their objective and helped take the village of Flers, but 600 of them lay dead.

Over the coming days, the New Zealand Division helped capture Morval and Thiepval Ridge. These were small victories, however, and casualties remained horrifically high.

The New Zealanders were withdrawn in October, and the whole Somme offensive was called off on 18 November.  The Allies had advanced 12 kilometres but suffered over half a million casualties. The German toll was similar.

"Allied leaders agreed in December 1915 to attack the Central Powers on three fronts during 1916. The British and French high commands subsequently agreed that on the Western Front this should be a joint attack in the Somme region. Almost immediately, however, the French were distracted by the German onslaught at Verdun, and this battle would lead to a reduction of the French part of the planned Somme attack, which became more urgent to relieve pressure on the French at Verdun. Haig was confident that with massive artillery preparation a breakthrough could be achieved on the Somme, and the Germans decisively defeated. When the battle quickly became a slugging match he began to see it in attritional terms instead — as part of the wearing down necessary to create the conditions for a breakthrough."

After his involvement at the Somme, Lieutenant Colonel William Semmens of the New Zealand Rifle Brigade wrote, ‘The sights and sounds of struggle and carnage burnt in upon our memories could never be entirely obliterated; fragments of the all-pervading mud and filth of the battered area over which we had fought and struggled still clung to arms, equipment, clothing, even to the very pores of the skin, and conspired with the weariness of mind and body to recall and again recall the horrors of our recent experiences.’