Naval operations played a major role during the Gallipoli campaign. In early November 1914, a few days before Britain and France officially declared war on the Ottoman Empire, Allied warships bombarded the Turkish forts guarding the Narrows – the narrowest point of the Dardanelles Strait – which was less than 2 kilometres wide. This operation prompted the Turks to improve their defences, which included the laying of underwater minefields. When the naval attack on the Dardanelles Strait began on 19 February 1915, the Turkish defences at the entrance to the Strait fell within a week, but the defences inside were much tougher to breach.

British and French warships attempted to clear underwater mines and destroy coastal artillery batteries, but had little success. In a final attack on 18 March, three battleships – Bouvet, Ocean, and Irresistible – were sunk by mines.

Allied ships stationed off Anzac faced danger from German submarines. On 25 May 1915, H.M.S Triumph was torpedoed and sunk by a German submarine, U-21. Trooper G Scott of the Wellington Mounted Rifles witnessed the sinking. ‘She began to list to port,’ wrote Scott, ‘and the list became more pronounced until at last she turned turtle. It was an awesome spectacle to see the noble ship which had done such good work in the bombardment, go down like a log.’ 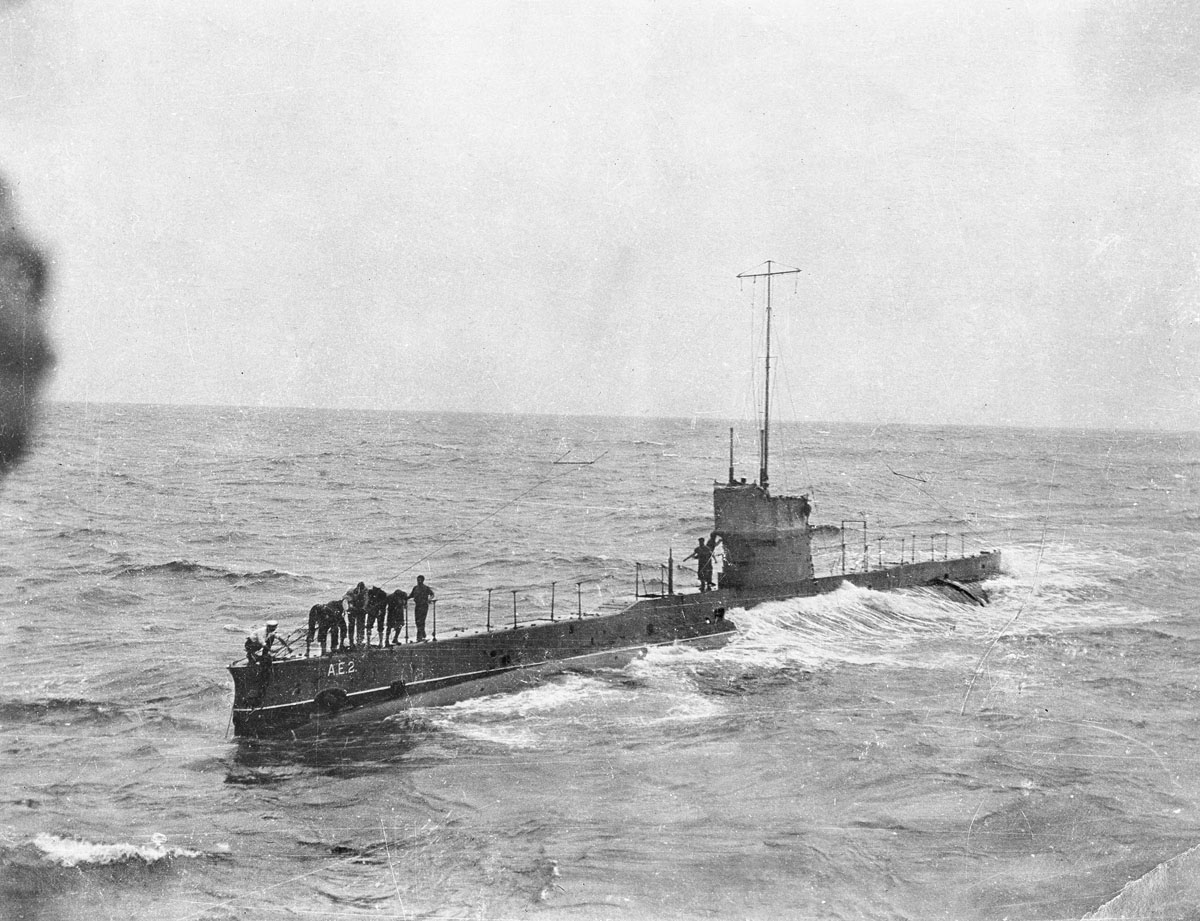 Australian Naval submarine AE2 escorting the troopship Berrima in the Indian Ocean, some of the crew are on deck. The AE2 was later sunk in the sea of Marmara.
Credits

During the amphibious landings at Cape Helles and Anzac Cove, naval warships transported troops and provided covering fire. Due to a lack of elevation and an unstable firing platform, the naval guns did not perform well against the entrenched Ottoman positions on shore. However, they did prove effective against exposed formations of troops and helped break up several frontal attacks by the Turks at Anzac.